For all you avid-Ancient Greek historians out there, I’m sorry to burst your bubble, but I am going to leave out my time in Athens from the writings of this Allergian’s journey Abroad. The reasons being that 1) I was extremely sick in Athens, so food was not really a highlight, 2) I didn’t really like Athens [#sorrynotsorry] and 3) my time in Athens was pretty short.

So onto my next adventure: the land of lederhosen, bratwurst, strudel, wiener schnitzel, pretzels and, of course, beer. That’s right, it was time for Germany, and, more importantly, Oktoberfest! My time in Germany was really more of a quick dabble – a 5-day stop in Munich, pretty much only for Oktoberfest – saving the rest of Germany and Eastern Europe for a future trip when I had more time (any excuse to hop back on that plane).

I LOVED Munich. I really didn’t expect to like it so much, nor Oktoberfest, but it really won me over. For many reasons.

First up, you have the magical, fairytale feels. The place is just mystical, from the buildings of Marienplatz, the Glockenspiel and the HUNDREDS of people (aged anywhere from 3 to 80!) wandering the streets dressed up in dirndl and lederhosen [granted this feature is (I assume, to my disappointment) limited to the weeks of Oktoberfest.. but hey, semantics]. 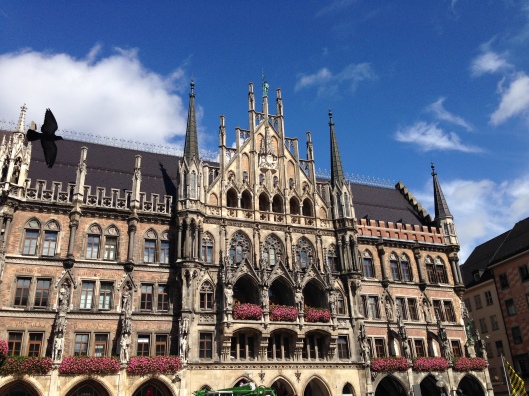 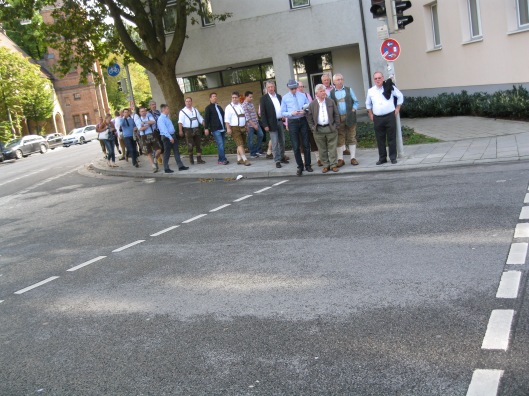 Then you have Munich’s cooler, edgier side. The BF and I stayed in an AirBnB apartment on Holzstraße, which was nearby a bustle of trendy cafes and restaurants. Coming from a city that has a coffee and foodie culture that rivals no other, Munich is the perfect way to whet those foodie suppressed appetites [that’s not to say that the food wasn’t excellent in Spain, Italy and Greece, but these aren’t exactly cultures featuring kale, coconut milk superfood smoothies or Broadsheet] and (good) coffee cravings that we’d been missing for the past 2 months [sorry, Spain, Italy and Greece, but your black coffees are just no comparison to a Melbournian, hipster barista-made single origin, choose-your-own milk customized coffee order]. More on the food department in my next post. 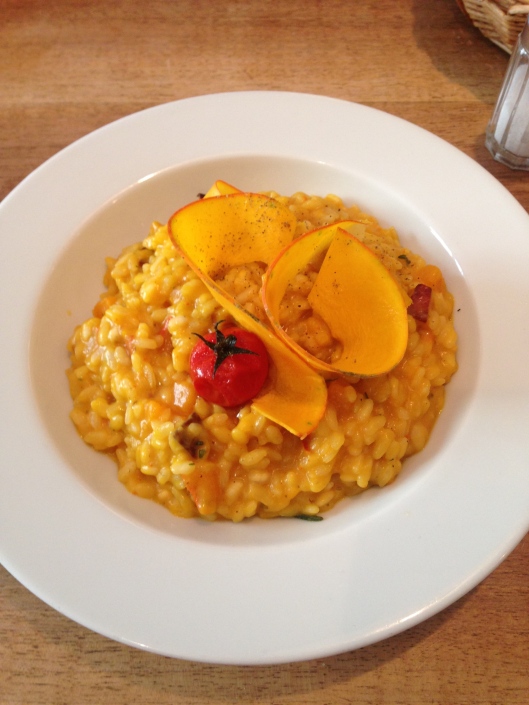 The next thing important aspect of Munich is its history. A city oozing with history, I would really recommend the free walking tour to learn of the strange Michael Jackson monument, WWII history and the history of the toilet facilities at Hofbräuhaus, and so as to be given the opportunity to rub (the Statue of) Juliet’s boob for good luck [of course]. 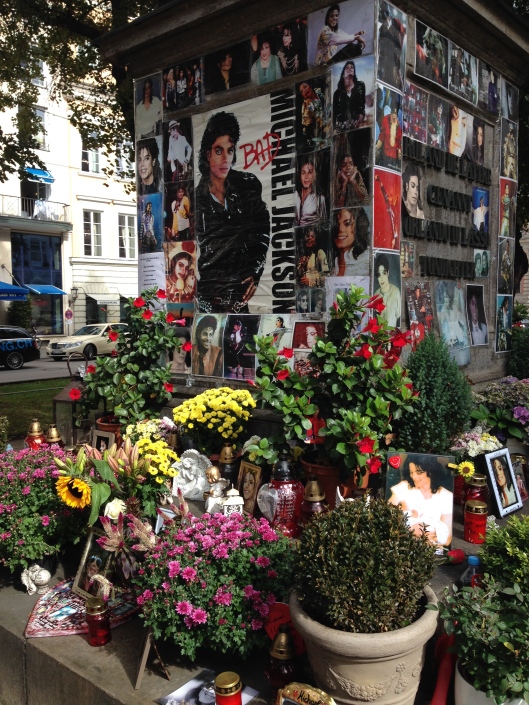 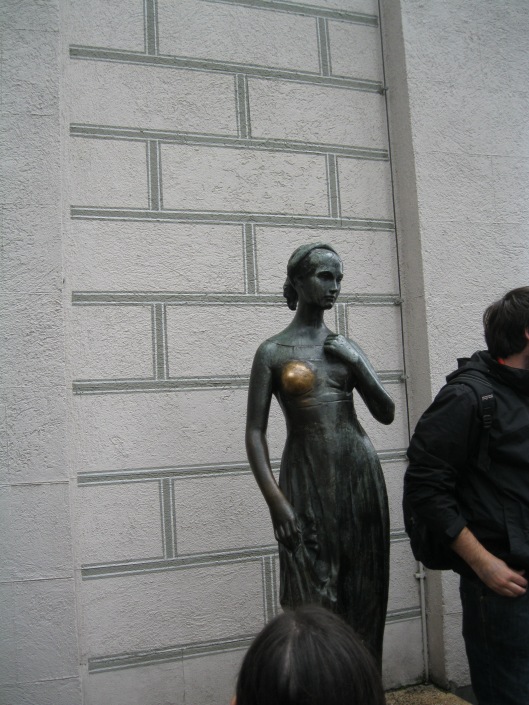 The Statue of Juliet and her lucky boob

Finally, you have Oktoberfest. The magical, magical place of Oktoberfest. If I’m honest, I didn’t think that I would really enjoy Oktoberfest. I thought it would be pretty fun for the first few hours, but it is truly an indescribable event. The sense of togetherness and connection that I felt in the room of Hofbräuhaus, singing along with thousands of others dressed in their lederhosen and dirndl, was amazing. We made friends with people from all around the world, sang and drank with people of all ages [including playing ‘Have You Ever’ with an old American couple and their son who, let’s just say, will probably be forever scarred by his parents’ disclosures], drank steins full of beers and radlers [Prost!], danced on the tables to old-school favourites, like Living Next Door to Alice, YMCA, We are the Champions and, of course, Ein Prosit, and ate far too many pretzels. It was epic, to say the least, and I would do it all over again tomorrow. 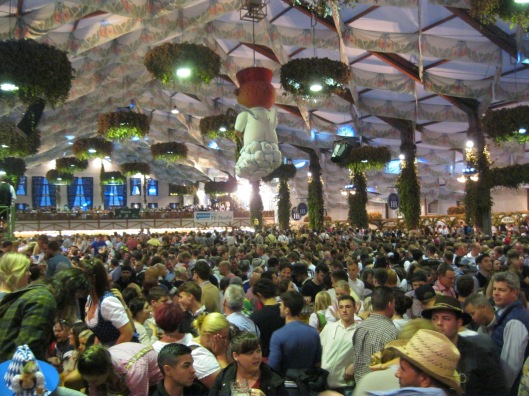 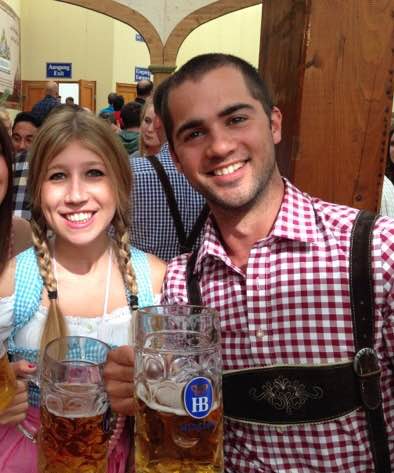 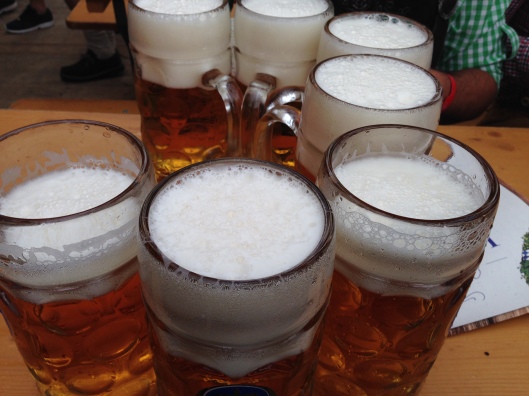 Stay tuned for my food adventures in Munich.